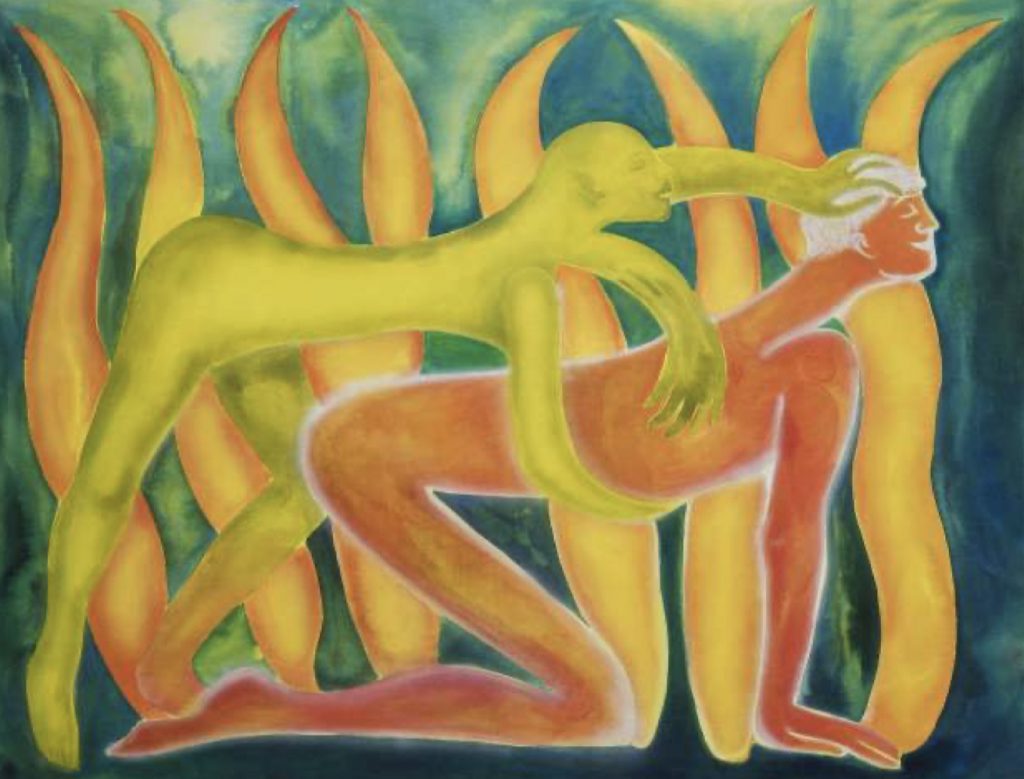 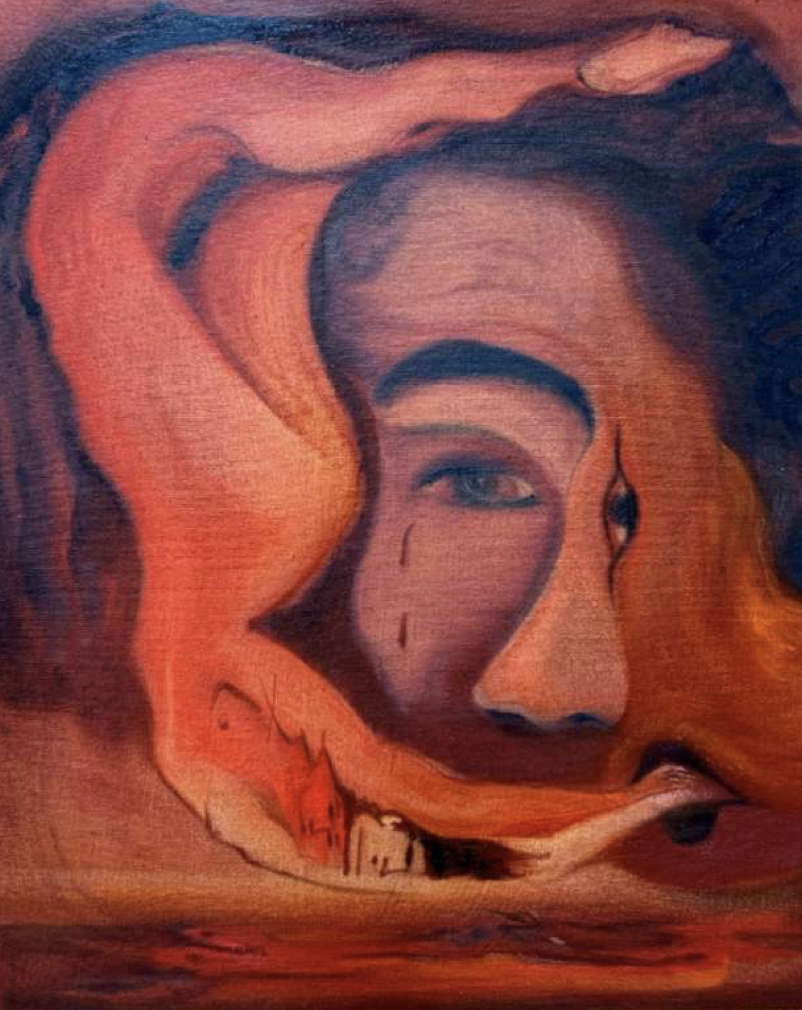 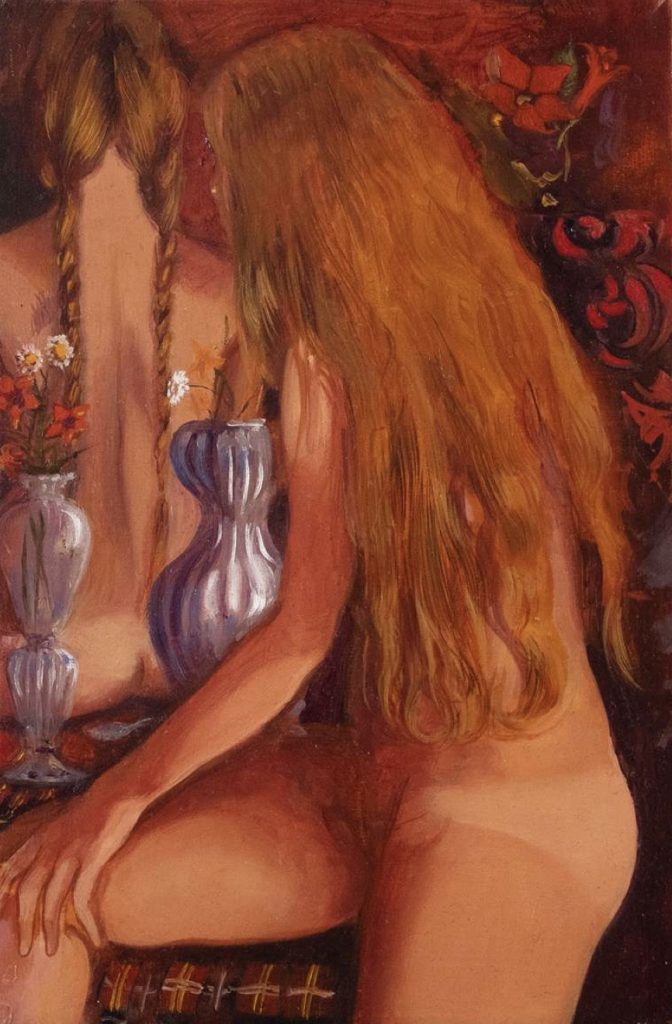 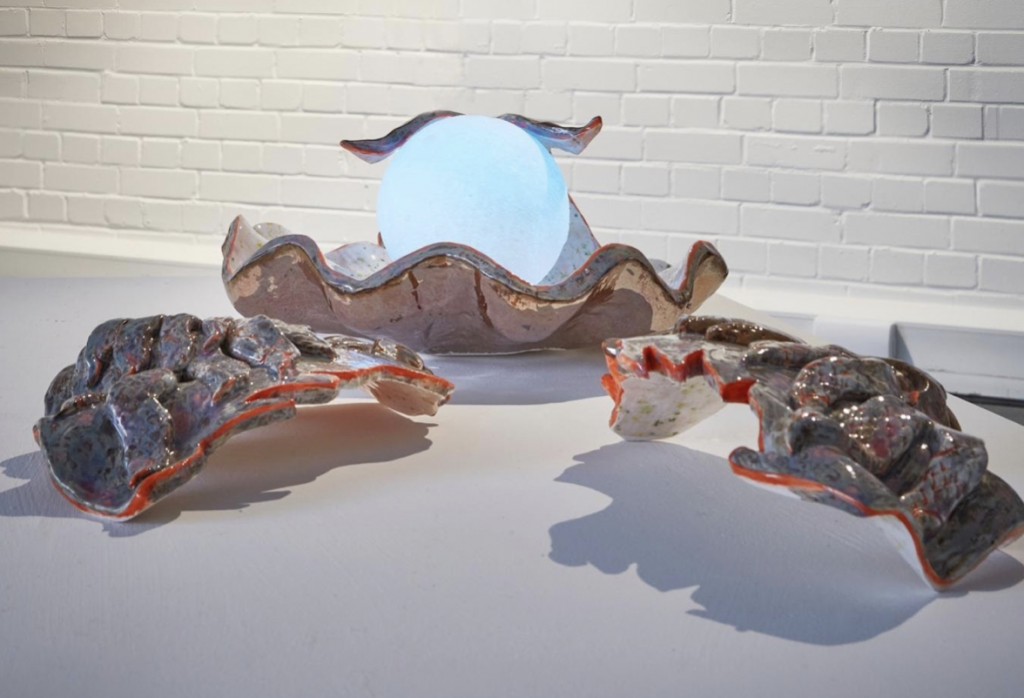 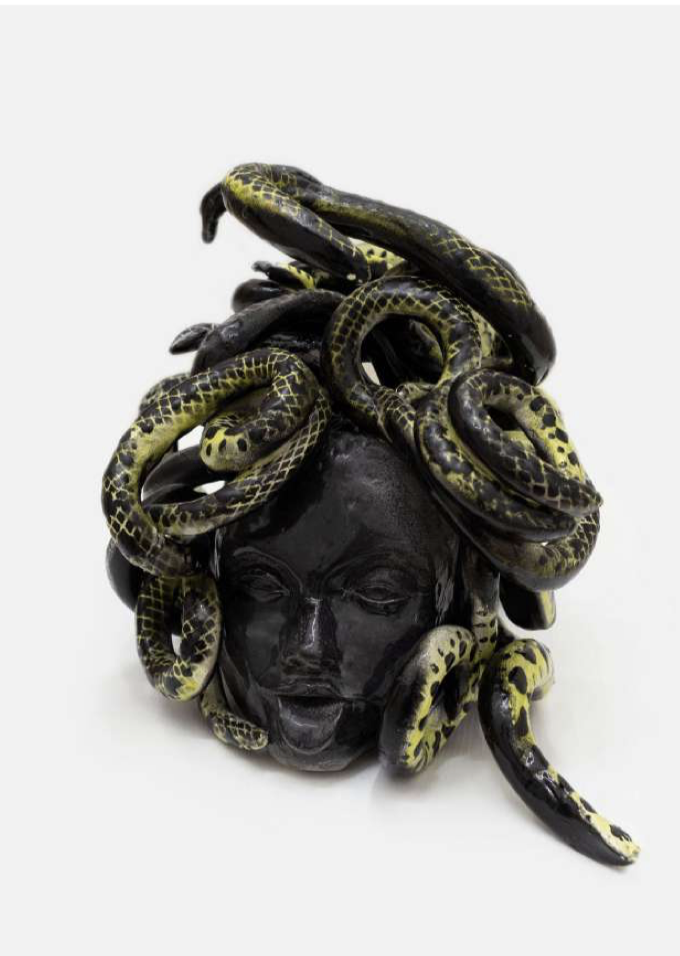 Immersed in the suggestive landscapes of the medieval fortiﬁed town of Entrevaux, the group exhibition ‘Les Danses Nocturnes’ presents a series of works by international emerging artists, who take mythology and spiritual force of nature as a core of their artistic explorations and multi-layered narratives.

The unique setting of Entrevaux, characterized by the rich presence of water, forests and rocky mountains, serves as a starting point for reﬂections on Slavic cosmology about beautiful-yet-ﬁerceful female spirits presiding over nature. In particular, the theme of the exhibition arises from the Slavic myths about Rusałka (plural: Rusałki) – a female entity akin to the Celtic mermaids or the Greek sirens, which was believed to live in groups in mountain caves and forests located in proximity to water reservoirs. The Rusałki often showed a special malice towards young men – they would treacherously drag their victims in the middle of the night into the abyssal depths of nearby ponds, rivers, or lakes, urging them with the smell of ﬂowers or beautiful singing, to then tickle them to death or make them dance until they lose their strength.

The concept of Rusałki has its origins in Slavic pagan traditions where young women were, above all, associated with the symbols of fertility. These wild and wicked creatures would appear every year at the beginning of summer, especially during the ﬁrst weeks of June, when Slavic cultures celebrate Rusalia Week. In this period, the water female spirits would come ashore to perform circle dances under the moonlight and thus bring life-giving moisture to the ﬂowering crops and fertility to the ﬁelds. Any men who had the misfortune to witness these events were forced to join them.

Following the Slavic myth and legends about Rusałki, the participating artists build multi-layered bucolic narratives, which embark either on an exploration of feminine mythological beings commonly associated with nature and sexuality, or depiction of human’s relationship with the spiritual force of nature. The selected works, ranging from painting and sculpture to installation and sound art, oscillate between an uncanny dream state and a beautifully surreal fairy tale. Both unsettling and tempting, joyful and malevolent, the situations, protagonists, and landscapes imagined by artists emanate a distinct spiritual and innocently sensuous energy.

Here the Rusałki’s beguiling nature with their ritual of circle dancing in the woods and then killing young men through apparent joy, play and laugh is reminiscent of Mikhail Bakhtin’s tenets. According to the Russian philosopher the world during carnival is ruled by a completely different set of laws, and laughter is the most important tool of manifesting it. During the carnival we are dealing with the world that has been turned upside down. The suspension or questioning of ofﬁcial hierarchies normally governing the social structures, manifests, in consequence, its destructive dimension. Laughter, usually a symbol of joy and a biological conﬁrmation of life, becomes in a perverse way an interruption and negation of life forces.

The exhibition ‘Les Danses Nocturnes’ becomes exactly such a world upside down, in which mythical creatures allegorizing forces and phenomena of nature guide the viewer into the mystical as they explore the ambiguity of human’s metaphysical relationship with nature. In this parallel world where Rusałki and other female spirits could suddenly appear, the tempting force of nature is perceived as the fusion of beauty and hostility. Here, the sublime and allure mix with more unsettling aspects, producing in this way a sense of surreal suspension and metaphysical expectation of something carnivalesque or grotesque that is about to happen.

This exhibition was organized in collaboration with the SPREAD Museum Entrevaux, Visual Arts Agency France and the Municipality of Entrevaux.